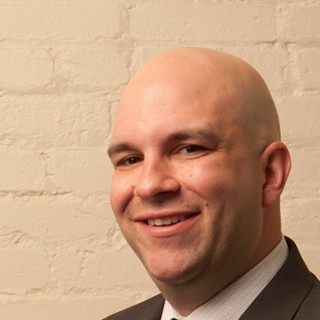 Associate Attorney
Marone Law Group
2012 - 2013
Handled and managed a high-case load in the field of insurance defense. Primarily worked in the area of sinkhole claims.

Nation's Top One Percent - Nation's Top Attorneys
The National Association of Distinguished Counsel
2015
Brett Jacob Szematowicz, of Greater Tampa Law, P.L., has been selected to the 2015 list as a member of the Nation’s Top One Percent by the National Association of Distinguished Counsel. NADC is an organization dedicated to promoting the highest standards of legal excellence. Its mission is to objectively recognize the attorneys who elevate the standards of the Bar and provide a benchmark for other lawyers to emulate. Members are thoroughly vetted by a research team, selected by a blue ribbon panel of attorneys with podium status from independently neutral organizations, and approved by a judicial review board as exhibiting virtue in the practice of law. Due to the incredible selectivity of the appointment process, only the top one percent of attorneys in the United States are awarded membership in NADC. This elite class of advocates consists of the finest leaders of the legal profession from across the nation.

Top Lawyer
The Global Directory of Who's Who
2015

Q. What are some possible questions I could ask in court to get out of my citation for a broken tail lamps ?
July 29, 2015
A: The highest fine for an improper equipment citation is $500. The best case scenario is that the police officer does not show up to the hearing and your citation is dismissed.

The attorneys at Greater Tampa Law, P.L. will fight for you. Jason Bard, Esq. and Brett Szematowicz, Esq. are former assistant state attorneys with over 120 combined jury trials who will work tirelessly to help you with your DUI / Criminal Defense, Family Law, Personal Injury or Labor and Employment issues. We are accessible to our clients 24 hours a day, 7 days a week. Find out why Greater Tampa Law, P.L. is Your Bridge to Justice.

Brett Szematowicz of Greater Tampa Law, P.L. explains what blowing a .08, in a DUI case, means in the State of Florida.

What can I expect when pulled over for DUI

Exceptions to the Warrant Requirement

Jason Bard of Greater Tampa Law, P.L. explains when the police don't need to obtain a warrant to search a home, person, or other area. www.greatertampalaw.com 813-444-2244

About Greater Tampa Law, P.L. Your Bridge to Justice.

Our attorneys practice in the Greater Tampa area, including Hillsborough, Pinellas, and Pasco counties. Call now for a free consultation.