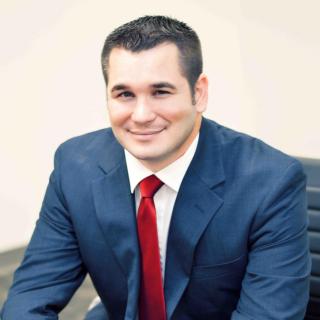 Before becoming a trial lawyer, Brian served as a Soldier and officer in the United States Army. For meritorious service, during Operation Iraqi Freedom, Brian was awarded the Bronze Star Medal for his role in the Iraqi referendum and national election. Today, Brian continues to serve those who do not have a voice against corporations and insurance companies. Mr. Crockett’s primary focus has been representing Texans who have been harmed in their community. He is not afraid to take on big corporations, insurance companies and their team of lawyers. He developed this mindset from his time in the military, where service member protect those who cannot protect themselves. Mr. Crockett’s successes in court, settlements and mediations, on behalf of his clients, is tightly connected with his diverse background as a psychological operation specialist, a commissioned officer and leader of Soldiers in the United States Army. Over the past decade, he has had the distinguished opportunity of serving this Nation during peacetime and combat operations overseas. His military awards and decorations includes the Bronze Star Medal, Army Commendation Medal (one-oak-leaf-cluster), the Army Reserve Component Achievement Medal, the National Defense Service Medal, the Iraqi Campaign Medal, the Global War on Terrorism Service Medal, the Army Service Ribbon, and the Army Overseas Service Ribbon.

Platoon Leader/Supply and Service Officer/ F.L.E. O.I.C.
United States Army
2004 - 2006
As a Platoon Leader, lead the platoon through numerous operation, exercises and combat logistics patrols through Germany, Belgium, the Netherlands and hostilities throughout Iraq. Responsible for the combat readiness and safety of forty-eight soldiers and over one hundred vehicles valued in excess of $3,000,000. Strategically assigned the additional role of Supply and Service Officer for the Battalion, based upon recognized transportation/logistics competency. Responsible for the oversight, distribution and geographical placement of 2.5 million gallons of various fuels and life support assets, in support of 50,000 plus Service Members. • Assigned the task of Forward Logistics Element “Officer in Charge.” Personally responsible for the creation, development and continued operation of two Army Logistics elements in Rawah and Al Quaim. • Bronze Star Medal Recipient (Operation Iraqi Freedom)

Nuclear Power a Solution to Global Warming?
Environmental on the Web
June 14, 2009

Reviving the Dream Act
Immigration Lawyers on the Web
June 18, 2008

College of the State Bar of Texas
Member
2015 - Current

Q. Person is assaulted at bar, attacker gets away, can victim press charges against bar for injuries?
July 11, 2013
A: Yes. You may be able to file a lawsuit against the bar for inadequate security. More information is needed however. If you have any questions or just want to know your rights please do not hesitate to call or post another question.

Understanding what "No Win, No Fee" means. Ver en español: https://www.youtube.com/watch?v=9bAGYPXNQ5g Call us at (281) 953-1180 or visit our website at www.crockettlawfirm.com

Si No Gana, No Paga.

Did you know that Texas is the ONLY state in the country that gives employers the option of having workers' compensation insurance? Find out more about our state's unique laws...

Find out the truth behind the infamous McDonald's "Hot Coffee" case: http://www.lectlaw.com/files/cur78.htm Learn more at http://www.crockettlawtx.com.

http://www.crockettlawtx.com Did you know plaintiffs' lawyers only get paid if and when they win cases? Learn more at http://www.houstonworkerscomplawyers.com.