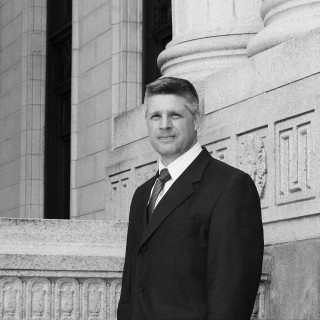 Attorney Christopher P. Kriesen is the founder and principal of the Kalon Law Firm, LLC. He formed the firm in 2017 to fulfill his vision of a better way to practice law, serve clients, and promote social good through entrepreneurship.

Attorney Kriesen has tried cases in State and Federal Court, has argued appeals before Connecticut’s Appellate and Supreme Courts, and has helped prepare amicus briefs on issues raising cases of first impression before the Supreme Court.

He is a trained mediator (Harvard Law School, Advanced Mediation Workshop, Program on Negotiation and the Quinnipiac School of Law Center on Dispute Resolution). He serves as an Attorney Trial Referee, Fact Finder, and Arbitrator in the Hartford Superior Court.

He founded the Kalon ADR Center, which donates 10% of its revenue to a fund for graduates of the Hartford Youth Scholars.

Attorney Kriesen completed the Harvard Business School | HBX course “Disruptive Strategy” with Clayton Christensen, using the HBS case method to learn how to apply disruption theory to find and execute business and social opportunities. He expanded upon his studies by completing a one-year, eight class program on innovation at the Stanford Graduate School of Business. Kalon’s model is based upon what he learned in these programs.

He has attended The Yale Writers Workshop, is an adherent of the Story Model of advocacy, and is writing a book on the theory, “Legal Storytelling.“ He has been invited several times to be a storyteller at Speak Up events, including a performance at Infinity Hall.

He has taught advocacy to students at the University of Connecticut School of Law. He is an active presenter at legal seminars for other lawyers and a mentor to law students and young lawyers.

He lives with his wife in West Hartford.

How My Approach to Mediation Can Help You Resolve Your Case

What I Learned at Harvard Law School About Mediation

What I Learned at the Stanford GSB

Is Mediation Your Best Option to Create Value for Your Client? Co-Host.
September 13, 2018
CT Bar Foundation

Kalon was recognized by Clio as a Runner Up for Best New Law Firm.
Clio
2018