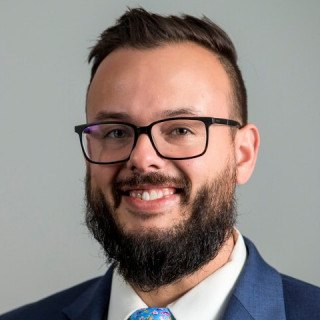 Attorney Smith’s areas of concentration are Workers’ Compensation, Family Law, Landlord representation, and Personal Injury claims. Prior to working for Ward Law Group, PLLC, he was an associate attorney at Paul English Law, a general practice law firm in Manchester, NH. While Attorney Smith specializes in many fields, he seeks to primarily focus on making a difference in the area of workers’ compensation.

Attorney Smith graduated from the University of New Hampshire, receiving dual bachelor’s degrees in Justice Studies and English/Journalism. While working towards his journalism degree, Attorney Smith wrote for both The New Hampshire (TNH) and the Nashua Telegraph as a staff writer. One of his articles was picked up by the Wall Street Journal and featured in their Best of the Web Sunday Column. He then went on to law school at the University of New Hampshire School of Law and graduated with a juris doctorate in 2013.

Attorney Smith is a recognized attorney in the areas of workers’ compensation and family law and was selected by the National Trial Lawyers Association for three consecutive years as a Top 40 Under 40 Civil Plaintiff Attorney.

Attorney Smith is a lifelong New Hampshire resident. In addition to spending time with his family, he is an avid sports fan and enjoys playing softball and flag football. He currently lives in southern NH with his wife Keaghan, son Levi, and dog Riley.

Justice of the Peace
State of New Hampshire

How Is Alimony Calculated in 2019

How Can Landlords Protect Themselves

When writing your lease agreement, it is wise to review the lease to ensure that it applies to your specific property. If you have questions, contact an attorney to review your existing lease and review your options.