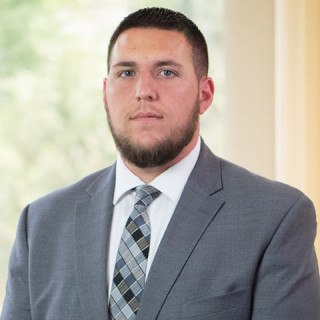 As a Partner at Tully Rinckey PLLC, Derrick primarily focuses his practice on criminal defense. Since joining the firm, Derrick has represented clients facing an array of criminal charges, including all classifications of misdemeanors and felonies under New York State’s Penal Law and Vehicle and Traffic Law, as well as federal criminal charges. Derrick brings a wealth of legal knowledge in multiple practice areas to Tully Rinckey, due in part to his previous role as a Client Relations Attorney. In this position, Derrick oversaw the operations of the firm’s Client Relations Department and provided legal assistance to potential new clients. Derrick assisted potential new clients with any preliminary legal inquiries they had while providing them with appropriate guidance.

Derrick also worked to help veterans receive monetary compensation resulting from unfair employment practices committed against them. In addition to participating in hearings and engaging in settlement negotiations before the Merit Systems Protection Board (MSPB), Derrick also drafted briefs submitted to the U.S. Court of Appeals for the Federal Circuit.

In 2009, Derrick was featured as an “Up and Comer” by the Times Union. He originally joined the firm as a law clerk, and prior to joining Tully Rinckey PLLC, Derrick served as an intern for the Schenectady County Attorney’s Office, where his work was focused on family court cases. Derrick was also a legal aide in the litigation bureau of the New York State Attorney General’s Office. In this position, he dealt with lawsuits filed against the State by prisoners. He also handled cases concerning retaliation and discrimination in the workplace.

You survived the trauma of sexual assault, but what do you do next?
Tully Rinckey PLLC
November 30, 2018