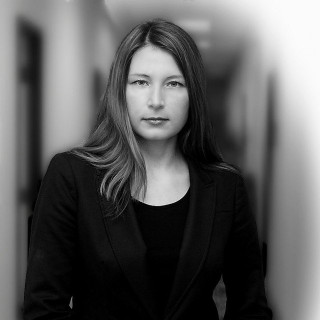 A native of Siberia, Russia, Dina Khismatulina is an LLM graduate of Emory University School of Law. She earned her first law degree in 1999 from Tomsk State University, one of the top law schools in Russia. After graduation, Dina worked as an in-house counsel for an Internet mass media company in Siberia. From 1999 to 2002 she worked as in-house counsel for one of the subsidiaries of Gazprom JSC, the top natural gas producer in Russia and one of the largest companies in the world, where she focused on contract, corporate, and antitrust matters.

Prior to moving to the U.S., Dina also worked in Moscow, handling civil litigation and bankruptcy cases. After moving to Atlanta in 2003, she worked as a paralegal concentrating on personal injury, immigration, civil litigation, and family law. Dina became a U.S. Citizen in 2008, and in 2013 she graduated from Emory University School of Law with an LLM degree. While at Emory, Dina was an active member of both the Student Body Association and International Law Society. She joined The Manely Firm, P.C. in November 2014 after successfully passing the Bar.

Dina lives in Sandy Springs with her husband and daughter. She is an avid tennis player and a member of ALTA and USTA. Dina is admitted to practice law in Russia as well as here in Georgia where she has been admitted to Georgia State and Superior Courts, as well as the Georgia Court of Appeals.

Dina is active in her professional community and has served as Co-President of the Gwinnett County Bar Family Law Section since 2019. Also, with the recent relocation of The Manely Firm's Atlanta office, Dina now acts as the Managing Attorney in Atlanta.

3 Key Things to Know About Child Support Jurisdiction
The Manely Firm, P.C.
May 6, 2021

Superior Courts of the State of Georgia
Current

Georgia
State Bar of Georgia
Since 2014

Superior Courts of the State of Georgia

Click here to learn three (surprising!) things you MUST know about child support jurisdiction and how child support is determined.