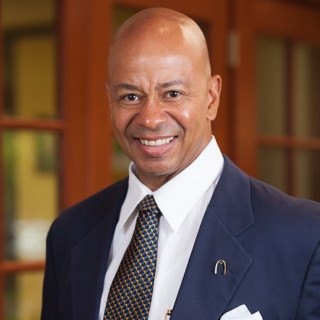 Member of a national trial team that defended one of our nation's largest financial institutions in a $253 million dollar class action. Received national publicity while representing the wife of the Mayor of Kansas City, Gloria Squitiro, in the famous "Mammy-gate" lawsuit. First chaired approximately 75 jury trials in federal and state courts (has only lost one jury trial where he was the first chair in over 20 years); Admitted to practice before the U.S. Supreme Court, U.S. Tax Court, U.S. Court of Federal Claims, Courts of Appeals for the 7th, 8th and 10th Circuits; U.S. District Court of Kansas; U.S. District Courts of Eastern and Western Missouri; U.S. District Courts of Southern and Central Illinois; AV Rated By Martindale-Hubbell; has been listed in Who's Who in America and Who's Who in American Law; selected by peers as a "Super Lawyer" for Missouri and Kansas for several years; former City Counselor for St. Louis; former Adjunct Professor for St. Louis University School of Law and Washington University School of Law; life member of the NAACP and St, Louis Chapter of the Urban League.

Equity Partner, Senior of Counsel, Business Owner
Privatre Practice of Law
1999 - Current
Worked for two of the largest law firms in the United States before forming his own law firm.

City Counselor
Office of the City Counselor
1997 - 1999
Lead attorney for the City of St. Louis, Missouri. Directed a staff of approximately 40 attorneys as well as attorneys at a dozen different outside law firms. First City Counselor in recent memory to actually try a jury trial while serving as City Counselor. Shepherded the litigation that resulted in clearing the way for the expansion of Lambert International Airport.

Assistant Circuit Attorney
Office of the Circuit Attorney
1984 - 1987
Tried dozens of jury trials and hundreds of bench trials while working as a State Prosecutor. Presented over 500 cases before various grand juries. Became a member of the Felony Trial Staff.

Bringewatt Social Justice Award
Lutheran Family and Children's Services
2007
Awarded for contributions to social justice for the community in general and members of the Lutheran Church in particular.

Super Lawyer
Missouri Kansas Super Lawyer
2005
Selected by peers to join a group composing of more than 5% of the lawyers in any given state. Awarded most years from 2005 to the present.

Gains Since Gaines
MU School of Law
2003
Included as part of a permanent display at the MU School of Law for being one of the early African American graduates who went on to achieve superior professional accomplishments.

Equal Justice Award
Legal Services of Eastern Missouri
2003
Awarded for assisting with policy change and development to assist members of undeserved communities to receive equal justice under the law.

100 Leaders for the New Millenium
St. Louis Business Journal
2000
Selected as one of the top 100 leaders in the St. Louis area.

Distinguished Alumni Award
University of Missouri St. Louis
1990
Recognized for being an alumni who has made significant contributions to the St. Louis area.