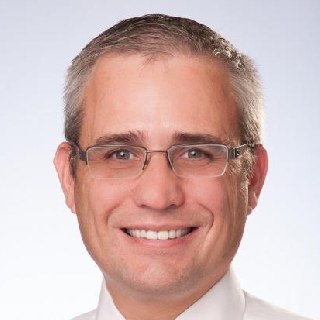 Grant Doty has dedicated his life to serving others – first in the military and now as an attorney fighting for the rights of his legal clients. Grant is licensed to practice law in both Missouri and Illinois federal and state courts and has an unwavering focus on to helping injury victims get the justice they deserve from their wrongdoers.

Grant grew up in Minnesota and Missouri and graduated from the United States Military Academy. He later earned a master’s degree from Yale University, and his law degree from Georgetown University Law Center in Washington, D.C.

Grant retired from the U.S. Army in 2008, after 20 years, and moved back to St. Louis, where he has worked as a lawyer for the past 14 years. He has primarily litigated civil rights, employment, as well as personal injury cases in state and federal court (including cases that have reached the Missouri and United States Supreme Courts).

Commentary - I'm a Soldier Not a Spy
The Washington Post
December 30, 2005

The United States and the Development of the Laws of Land Warfare
Military Law Review
June, 1998

Protesting - Responsive and Responsible Expression, Policing, Protesting, an Perceptions: A Critical Examination of the Events in Ferguson, Columbia, Missouri
February 27, 2015
University of Missouri School of Law

U.S. Court of Appeals for Veterans Claims
Since 2013

U.S. Court of Appeals for the Armed Forces
Since 2009

U.S. District Court for the Eastern District of Missouri
Since 2008

U.S. District Court for the Western District of Missouri
Since 2008

Meet our friend Jim, who we've had the pleasure of winning not one, but two settlements for in his case!

At Burger Law, we understand that being injured in a personal injury accident can harm your physical, emotional, and financial health. Gary Burger and his associates are highly skilled and have the resources needed to properly investigate your case, develop a strong claim, and fight for the compensation you deserve.