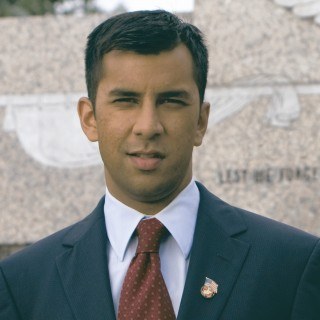 I'm a trial lawyer. I'm grateful for the opportunity to fight for justice on behalf of individuals going through hard times against some of the largest corporations in the country.

After law school, I joined the Marine Corps and served as a judge advocate. There's no better training ground for a trial lawyer - I tried over 100 felony and misdemeanor cases. I'm proud of the results I got, including one of the first successful defenses of a Marine discriminated against based on sexual orientation. I deployed to Iraq in a nation building capacity to work with Iraqi judges and attorneys to help establish the rule of law in Iraq.

After I got out of the Marines, I worked at a large firm in town. After I ran for Congress in 2008, I started this firm because I believe in the rights of individuals to have a tough advocate in their corner against powerful interests. I've been humbled and honored to represent some of the most decent people I've ever met, and to win fights on behalf of people who have suffered disability discrimination, race discrimination, retaliation, sexual orientation discrimination, sexual harassment, age discrimination, and excessive force.