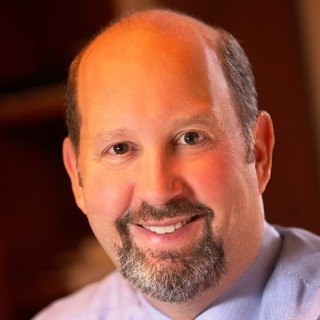 Mr. Rabin is active in a variety of bar association and community groups. He has served on the Executive Council of the American Trial Lawyers Association (ATLA) Social Security Disability Committee; as a chairperson of the Chicago Bar Association Social Security Disability Committee and he is a sustaining member of the National Organization of Social Security Claimants’ Representatives (NOSSCR). He has spoken at a number of NOSSCR and ATLA national conferences on various Social Security law issues. He has been chosen by his peers as a “Leading Lawyer” in Illinois in the Social Security Disability practice area every year since 2005. In April 2012 Mr. Rabin joined the Board of Directors of the National Alliance on Mental Illness – DuPage County Chapter. He has also served as Vice President of the Board of Directors of the Chronic Fatigue Syndrome, Fibromyalgia and Chemical Sensitivity Coalition of Chicago (CFCCC), and served for many years on the Board of the Chronic Fatigue Syndrome Society of Illinois. He has also served as a member of the Northern Illinois Multiple Sclerosis Society Professional Advisory Committee and on its Advocacy Committee. In 2000 Secretary of Health and Human Services Donna Shalala appointed Mr. Rabin as a member of the department’s Chronic Fatigue Syndrome Coordinating Committee. From 1993 until 2001 Mr. Rabin was an elected member of the Deerfield District 109 School Board and served as Board President for one year. Mr. Rabin was elected in 2011 to the Executive Board of Alliance to end Homeless in Suburban Cook County and has served as a member of the Board of Directors of Congregation B’nai Tikvah in Deerfield, IL In May 2013 Mr. Rabin will receive the Volunteer Advocate of the Year award from the Lupus Foundation of Illinois.