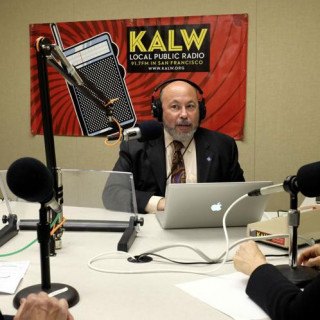 A California State Bar Certified Specialist in Criminal Law, Jeffrey B. Hayden represents the residents of the Bay Area in California, which includes the cities in the metro areas of San Francisco, Oakland and San Jose. He focuses his practice on criminal defense, and juvenile offenses.
Mr. Hayden also hosts the program Your Legal Rights, broadcast weekly at San Francisco NPR affiliate KALW.
https://www.kalw.org/term/your-legal-rights#stream/0
Mr. Hayden graduated the University of California with a Bachelor of Arts in economics, then attended University of Southern California, Gould School of Law, earning his Juris Doctor, then clerked for United States District Court Judges Robert P. Aguilar and James Ware; after his clerkship he worked in the Los Angeles County Public Defender, defending persons accused of breaking the law. During that time, he worked on cases ranging from petty theft to homicides, adult and juvenile, learning the tools used to protect the accused from suffering wrongful or excessive convictions.
Mr. Hayden returned to his native San Mateo County to defend accused individuals throughout the Bay Area for over 20 years, has represented people in thousands criminal matters, and has tried scores of cases, both with and without a jury.
Mr. Hayden served on, and later chaired, the Criminal Law Advisory Commission and later the Board of Legal Specialization.
Well known in the courts of San Mateo County and beyond, Mr. Hayden served as the 2015 President of the San Mateo County Bar Association and is a Past Chair of Conference of California Bar Associations and a Past President of the Rotary Club of Redwood City.
Mr. Hayden’s excellent legal skills and adherence to ethics has earned him a place in Super Lawyers, in San Francisco’s Top Rated Lawyers, a rating of 10.0 out of 10.0 at AVVO.com, rating of A/V-Preeminent* from Martindale Hubbell.

University of California at Santa Cruz
B.A. (1986) | Member, Council of Eight (The College Eight council, which was at the time volunteer rather than elected). Major in economics, but emphasis on pre-law or ï¿½law and ______ï¿½ courses such as Economics of Law, Psychology of Law, Sociology of law, Forensic

Conference of California Bar Associations
Board of Directors
2007 - Current