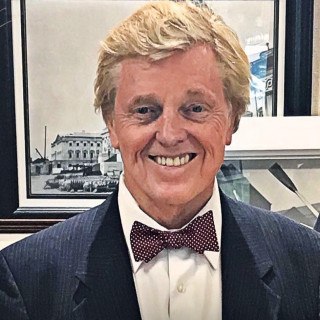 “Justice is a coincidence of the system, not a consequence of it.”
Badges
Claimed Lawyer ProfileSocial Media
Biography

John is listed in "Who's Who in America", and is a regular guest commentator in print, tv , and radio on law and politics including MSNBC, CNN, & FOX.

John is a former federal prosecutor from the Southern District of NY who handled widely publicized criminal investigations and prosecutions that ran the gamut from securities fraud to a mob prison break, the bribery of Congressman Dan Flood by a rabbi, the federally funded summer feeding scandal in the South Bronx, and heroin-trafficking by major organized crime figures including "Matty" Madonna.

In private practice at the mid-town Manhattan law firm of Poletti Friedin Prashker Feldman & Gartner (founded by FDR Jr.), John represented all the airlines in the Air Traffic Controllers Strike in 1981, and negotiated a settlement for the Airlines amounting to $28,869,000.00.

John served twice on Capitol Hill. On the Senate side as Special Counsel to the U. S. Senate Judiciary Committee (appointed by Chairman Strom Thurmond) to investigate Quadaffi's efforts to subvert American foreign policy), and then as Special Counsel to the U.S. Senate Labor Committee (appointed by Chairman Orrin Hatch to investigate the confirmation hearings of former Labor Secretary Raymond Donovan).

On the House side, John served again as Special Counsel, investigating the mob's influence in the Laborers International Union. His most challenging assignment on the Hill, however, was his work on the historic Impeachment proceedings of President William Jefferson Clinton (for the democratic minority).

John's criminal defense and appellate practice, at the federal and state level, focused on white collar cases (but not exclusively).

Candidate for Congress -
Democratic Party
1983 - 1984
I won the Democratic nomination, but the voters preferred I remain a trial lawyer instead; I won 95,000 votes in the General Election - still not enough.

Special Counsel
U.S. Senate Committee on Labor
1982 - 1983
I conducted an investigation of whether the FBI purposefully withheld information about Raymond Donovan's mob connections at this confirmation hearings to be Secretary of Labor.

Special Counsel
U.S. Senate, Committee on Judiciary
1982 - 1982
I conducted an investigation of Qaddafi's effort to bribe Carter Administration Officials to subvert American policy against the export of C-130 transports to terrorist states.

Pain in America - and how our government makes it worse.
Ithaca Manor Press LLC
January 22, 2007

"Inside the Belly of the Beast" - listen - https://vimeo.com/368922186, Johns Hopkins Osher Lecture, Johns Hopkins
October 24, 2019
Osher Series
The official title of the address was - “In the Belly of the Beast" - basically a look at the Trump debacle. I was honored to join earlier lecture guest honorees including Martha Raddatz, Richard Wolffe, Chris Hayes, Steve & Cokie Roberts, Judy Woodruff, Chuck Todd, Peter Baker, Eleanor Clift, Chris Matthews, Michelle Bernard, and Marvin & Bernard Kalb. It was a mixed media presentation. This is the audio portion of the presentation - and runs about 1 hour 40 minutes. Alan White, the Event Coordinator and his Staff provided this wonderful opportunity. I do believe information is the inoculation into the body politic that will finally cure this constitutional crisis. The format allowed coverage of several subjects of general concern. John P. Flannery - Jonflan@aol.com. Listen - https://vimeo.com/368922186

Prosecutors Debate: Did Mueller Let Trump Off The Hook? | The Beat With Ari Melber | MSNBC

An example of the kind of discussions, in this case about impeachment, that is a lot like what any trial lawyer does in a courtroom.