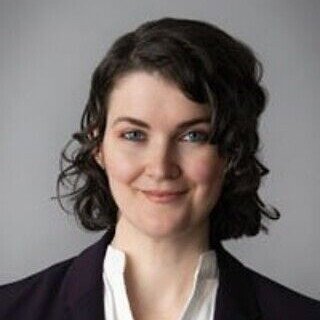 Kate fiercely believes that everyone has the right to a fair trial and an excellent lawyer. She brings an unmatched passion for justice and a discerning academic eye to every case she works on.

Beginning her career as a public defender, Kate gained significant experience representing the poor in the State and Superior Courts of Clarke and DeKalb County, Georgia. During her time in public defense, she handled hundreds of cases and spent thousands of hours in the courtroom fighting for her clients. She has argued dozens of pre-trial motions and successfully kept the prosecution from being able to introduce illegally-collected evidence in numerous cases. She has also handled eight trials as lead counsel, securing not-guilty verdicts on all counts for every one of those clients.

After attending the University of Georgia School of Law on a full scholarship, Kate graduated in the top ten percent of her class. During her time in law school, she served as Executive Editor for the Georgia Journal of International and Comparative Law and received a McLendon Fellowship for her work with indigent criminal defendants during her summers. She was also given a CALI Excellence for the Future Award for earning the highest grade in her Criminal Procedure class. In her spare time, she worked both as a research assistant at the University’s law library, and as a teaching assistant for Professor Russell Gabriel, the founder of UGA’s Criminal Defense clinic. Following her graduation magna cum laude, Kate was inducted into the prestigious Order of the Coif for her outstanding academic achievement.

As a child, Kate was a military brat and traveled frequently, but she has called Georgia home for the last 20 years. She enjoys cycling, yoga, and spending time with her husband and daughter.