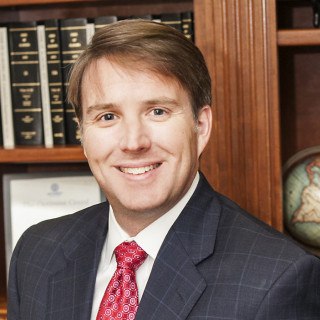 I am a co-founder of Martin & Helms, P.C., in Huntsville, Alabama. Born and raised in Decatur, Alabama, I obtained my undergraduate degree in finance at the University of Alabama in 1992 and graduated from the University of Alabama School of Law in 1995.
Since 1995, I have concentrated my practice on representing individuals and the families of individuals who have been harmed or injured as a result of the wrongful acts of others. While practicing in both state and federal courts throughout the country, I have litigated cases involving issues of products liability, tractor-trailer and automobile collisions, dangerous roadways, mass torts, fires and explosions, business disputes, as well as defective pharmaceutical drugs, medical devices and household products. I am dedicated to achieving the best possible result for my clients and have won millions of dollars for individuals who have been injured.
In the area of mass torts, I was actively involved in the representation of individuals who suffered kidney failure as a result of ingesting oral sodium phosphate bowel prep medications prior to a colonoscopy or surgical procedure. In recognition of my work in this area, I was selected as a member of the Plaintiff's Steering Committee for In Re: Oral Sodium Phosphate Solution - Based Products Liability Litigation, Multi-District Litigation 2066, and served as the Chair of the American Association of Justice's Oral Sodium Phosphate Litigation Group.
Additionally, I participated in the Trial Lawyers Care pro bono project which provided legal representation for victims making claims with the September 11th Victims Compensation Fund of 2001. I serve on the Board of Directors for United Cerebral Palsy of Huntsville and the Tennessee Valley. I have also served as a founder and chair of UCP of Huntsville and the Tennessee Valley's Annual Krispy Kreme Challenge Run Fundraiser. I currently serve on the Board of Bar Commissioners for the Alabama State Bar.