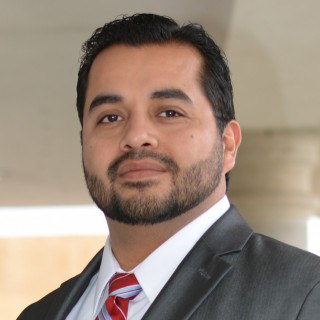 Miguel Salazar is the youngest child of Jaime and Maria Salazar. Growing up in a humble home his three older sisters and older brother made sure he remained that way. As the youngest child Miguel had to calculate every move he made and never spoke without purpose. Miguel was very observant of the people around him. This allowed him to develop a keen ability to see the world from many different perspectives. He also developed an admiration for his parents who are both self made entrepreneurs. Their influence has had a major impact into the person he is today.
As a young adult Miguel studied at the University of Texas at Brownsville. He earned a B.S. in Mathematics Education. Shortly thereafter he began a successful career in education as a high school Math Teacher. Teaching quickly became a passion that stemmed from the desire to help others. It is this desire that prompted Miguel to pursue a legal degree. The ability to guide others through uncertain paths is what he thrives in. Teaching also helped Miguel develop his ability to speak in a concise and effective manner. The ability to effectively communicate is something that is lost by many, but not by him. This skill will surely prove to be priceless in your legal representation.
The decision to go to Law School was made after careful deliberation with his wife, Deisy. It was not an easy decision to make considering that pursuing a legal career meant moving to a city 365 miles away with his two young children in tow. After weighing all his options Miguel decided to enroll in South Texas College of Law. He felt a strong desire to pursue a law degree in order to return and serve the deserving people of The Valley.

STCL is a highly regarded trial law school where the primary focus is on learning the practical approaches to legal representation. It was not easy to juggle school, work, and family. After 4 years of hard work Miguel graduated and passed the Texas State Bar on his first attempt. The stage was

Q. Company will not give me my money they owe me. What can I do to get my pay
February 24, 2020
A: Texas has strict Payday laws. The Texas Workforce Commission (TWC) has and administrative procedure for employees. That would be the recommended approach depending on the complexity of the issues. If TWC does not provide a sufficient or adequate remedy then a lawyer would need to be retained.

Q. my wife had an affair,now pregnant, does the man have any legal rights, or can I raise this bay on my own w/ out Custody
February 24, 2020
A: As her husband you are the presumed father of the expected child. As such, you are presumed to be one of the parents with legal rights. The biological father would have to start a suit affecting parent child relationship to claim his rights. If that is done a paternity test would be ordered. If the test reveals he is the father then he would presumably would have the rights and duties as a father. The extent of this would have to be decided by a court. Keep in mind Texas does have a 4 year statute of limitations for challenging paternity.

Q. I am POA for senior parents. What is the liability for them & me if they get in an auto accident?
February 24, 2020
A: It is possible that you are liable for negligent entrustment if you own the vehicles they are driving. These type of claims are difficult to prove and win on. However, what you are describing may make for a strong case for negligent entrustment. Ultimately, a jury have to be convinced to place blame on you. To be safe encourage your parents to stop driving especially if a Doctor has recommended it. At the very least it would be advisable to assure the are covered by an appropriate insurance and/or raise the limits of liability on the insurance.

If you were a victim of a car or truck accident call us today.

After a car or truck accident trust us to protect your rights!