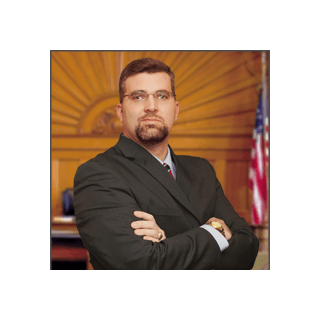 With over eight years of experience working as a law enforcement officer before becoming an attorney and taking positions with a pair of district attorney’s offices, Jerrell Wise brings a unique perspective to Grossman Law Offices.

After leaving college, Mr. Wise dedicated the next eight years of his life to defending the citizens and property as a member of the Mesquite Police Department, handling all sorts of investigations into domestic assaults, robberies, traffic accidents, and burglaries, and responding to 911 calls of all sorts. Mr. Wise followed his love the law to Houston, where he enrolled in law school and took a job working as an investigator in the High-Tech Crimes Unit of the Harris County Constables’ office. After going to work for Harry County, Mr. Wise was assigned to the Houston Metro Internet Crimes Against Children Federal Task Force, using his knowledge of technology to work as a Cyber Crime Investigator. In that division, he worked alongside all sorts of law enforcement officers – deputies from the Harris County Sheriff’s Department and prosecutors from the Harris County D.A.’s office, as well as, agents from both the U.S. Secret Service and the Federal Bureau of Investigation.

After he was accepted to the University of Houston Law Center, Mr. Wise moved his family to Houston, where he was just as devoted to his studies as to his work in law enforcement. At Houston, he competed in various different competitions involving trial advocacy, advancing to the finals of the Jeffry S. Abrams National Mediator Competition and also battling it out in mock trials, moot court, and other mediation competitions. He also served as editor of the Houston Journal of International Law and focused on trial advocacy in his studies. However, as a former law enforcement officer, Mr. Wise understood that a well-rounded education required experience in the field. Thus, he sought and secured a Public Interest Fellowship through the Law Center that enabled him to obtain his position with the Harris County District Attorney’s Office Crimes Against Children Division. Mr. Wise also received the honor of interning for Judge Gray H. Miller, a federal district judge with the Southern District of Texas. Mr. Wise assisted Judge Miller by handling important research matters and drafting bench memoranda.

After he secured his Juris Doctorate from the Houston Law Center, Mr. Wise concluded his internship with the Harris County District Attorney’s Office and moved back to North Texas, taking a full-time position with the Collin County District Attorney’s Office, where he gained valuable trial experience prosecuting Driving While Intoxicated cases, assaults, drug possession cases, and other crimes. However, Jerrell then decided to take his prosecutorial expertise to the private sector, going to work for the personal injury and wrongful death law firm at Grossman Law Offices.

At Grossman Law Offices, founding attorney Michael Grossman understood immediately how Mr. Wise’s experiences in law enforcement could help the firm. As Mr. Grossman explains, “In the past five years, our firm has grown in leaps and bounds, and the way we plan to keep that expansion going is by finding new and better ways of assisting our clients. Since Jerrell has worked both as a police officer and a prosecutor, he can bring unique perspectives and insights both to the investigation of accidents and to the development of trial strategy. In a short time, his presence has already led to a greater ability to serve our clients.