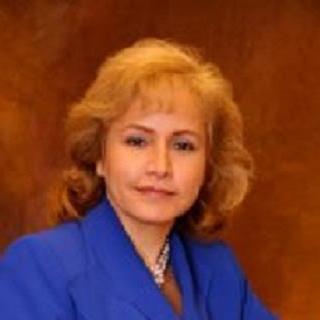 Parvin Wiliani-Malek is an experienced attorney known for her devotion to her clients and devotion to immigration and nationality law. She has extensive knowledge of all types of immigration law, including deportation, cancellation of removal, adjustment of status, marriage-based green cards, extreme hardship waivers, naturalization, citizenship, mandamus litigation for unreasonable naturalization delays, consular interviews, consular appeals, fiancé visas, and many other areas of immigration law.
Parvin attended the University of Texas-Arlington for her undergraduate degree in biochemistry, but decided to switch her focus to law. Ever since she was young she had a strong passion in advocating for others. In 1994 she began law school at Western State University and graduated in 1999. She passed the bar in February of 2000 and has been practicing since then.
Parvin is a loving wife and mother of one son. After moving around a bit, she settled in Orange County in 1992. Since then she has provided services for a wide range of clients and has been very successful in doing so.
Parvin Wiliani-Malek has represented clients in the Los Angeles Immigration Court, Lancaster Immigration Court, San Diego Immigration Court and Otay Mesa Immigration Court. She has represented clients in immigration courts throughout the country including New York, Texas, Florida, Arizona and New Mexico among others.
She also has extensive experience with clients from all over the world including Vietnam, Mexico, Guatemala, El Salvador, Rwanda, Congo, Germany, Kenya, England, Spain, Malawi, China, Japan, Canada, Brazil, and Italy.
Parvin is a member of the American Immigration Lawyers Association, the California Bar, the Los Angeles County Bar Association Immigration Section and the Orange County Bar Association. She is admitted to practice in the Central and Southern District Federal Courts of California and every immigration court in the country.
Parvin has established herself as one of the most successful attorneys in the area. Many clients have praised her hard-work, sophisticated approach, professionalism and best of all, positive outcome. She is hopeful for the future and considers herself blessed to have been given the opportunity to serve her community.