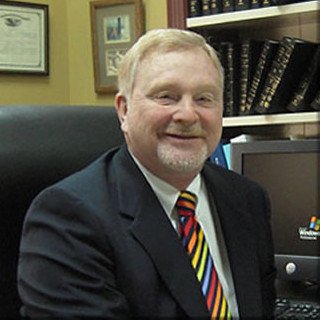 Phil Price is the senior partner of Price & Flowers Law Firm. Mr. Price has been representing citizens in the legal arena for over 30 thirty years. He is the only attorney in North Alabama who is Board Certified as a DUI Specialist. Mr. Price has represented more people accused of the offense of DUI than any other lawyer in North Alabama. His success rate is astonishing. He was the thrid attorney in the United States to become a Fellow of the National College for DUI Defense (NCDD) and served as Dean of NCDD in 1997-98. This organization was formed to enhance the quality of legal representation for individuals accused of DUI.

Mr. Price has been an invited lecturer in over 25 states, teaching other lawyers in various aspects of DUI Defense. He also instructs law enforcement officers how to perform better in their jobs for DUI enforcement. Mr. Price practiced law for many years with the late Macon L. Weaver, former U.S. Attorney for the Northern District of Alabama. Mr. Price served as president of the Alabama Criminal Defense Lawyers in 1992-93. He is the author of the Alabama DUI Handbook, published by West®, a Thompson Reuters business. In addition, he has authored and published many articles dealing with all aspects of DUI cases, including the subjects of breath tests, field sobriety tests, jury selection, cross-examination, etc.

Mr. Price is well-known for his knowledge dealing with various breath testing instruments, including the Drager Alcotest MK III, Intoxilyzer Model 5000, and Alco Sensor IV. He owns each of these devices and has taught courses on the operation of evidential breath test devices. In 1994, in a landmark decision, Mr. Price persuaded the Alabama Supreme Court to throw out the Alabama breath test program. Even the definition of DUI in Alabama come from a case he handled in the Alabama Supreme Court in 1989.

Plead Guilty if Over Legal Limit?

Phillip Price of Price & Flowers Law Firm answers the question: If I'm arrested and I blow over the legal limit should I plead guilty?

You Need A DUI Defense Lawyer If Charged With Drunk Driving

http://www.legaltube.com/lawyer/Alabama/Price-and-Flowers-Law-Firm# Don't lose your license because of drunk driving. Phillip Price knows DUI laws and has been a DUI defense lawyer for many years with an outstanding record.