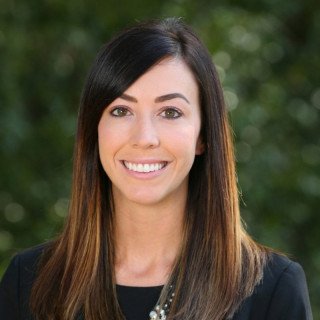 Rachel Mattie is a criminal defense attorney in the Orlando area. Ms. Mattie is a former Assistant Public Defender for the Ninth Judicial Circuit in Orange County, Florida. As an Assistant Public Defender, Ms. Mattie represented hundreds of indigent clients in the Central Florida community in both County and Circuit Court, defending various criminal matters including juvenile offenses, traffic cases, DUIs, thefts, drug possession, violations of probation, and more. While at the Public Defender's Office, Ms. Mattie developed a passion for not only active litigation and trial strategy, but more importantly, client satisfaction. Ms. Mattie is not only committed to achieving favorable results, but also ensuring that her clients fully understand the legal process and are actively involved in the outcome of their case.

Ms. Mattie's decision to pursue a career in criminal law began at a young age. Born in Detroit, Michigan, Ms. Mattie was exposed to a community with one of the highest violent crime rates in America. This sparked an initial interest in the prosecutorial side of crime. However, in high school, Ms. Mattie began volunteering as a peer representative for teenagers accused of low-level offenses through the Duval County Teen Court Program. Ms. Mattie learned just how rewarding it is to be a voice for others and serve as an advocate in the criminal justice system. It was then that Ms. Mattie developed a distinct interest in effectively representing the accused and protecting constitutional rights.

Ms. Mattie graduated from the University of Central Florida with a degree in Legal Studies, with minors in Criminal Justice and Political Science. She was the recipient of the Bright Future's Scholarship and an Academic Competitiveness grant upon admission. Ms. Mattie attended Barry University School of Law in Orlando and graduated in the top 10% of her class.