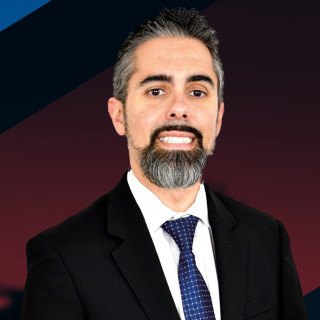 Attorney Richard Llerena has practiced law with integrity, taking on cases and causes he deemed worthy,and most importantly, utilizing his background,heritage, and skills as a fluent Spanish writer and speaker to give a voice to the growing Latino community in Palm Beach County. A lifelong South Floridian, Mr. Llerena graduated cum laude from the University of Miami in 2002 with a major in political science, was the recipient of the University of Miami Book Award, the Pi Sigma Alpha Award for Excellence in the field of political science. During his undergraduate years, he was also a member of the Phi Beta Kappa Honor Society, America’s most prestigious academic honor society. He attended the University of Florida School of Law, where he graduated with honors in 2005 and served on the publication known as the Journal of Law and Public Policy,as well as other organizations including the Spanish-American Law Students Association, the Phi Delta Phi Legal Fraternity, and the John Marshall Bar Association. He was recognized for his specialty in Legal Research and Writing with the Book Award in 2002. After passing the Florida Bar exam, Mr. Llerena worked as an attorney representing corporations for a Naples, Florida firm specializing in civil litigation, employment law, and construction law. He later transitioned from the law firm to a major insurance group, which holds multiple insurance company subsidiaries, where he represented some of the largest and most well-known corporations defending, litigating and trying cases against law firms presenting liability claims against them. During this time, Mr. Llerena also defended individual persons insured by policies issued by this major conglomerate. In 2006 Mr. Llerena moved to Palm Beach County. After years of working for major corporations, Llerena Law was founded with the promise of honesty, drive, and commitment to its clients, especially when facing the most challenging tasks or adversities.

Bridges of Lake Worth West
Board Member
2015 - Current