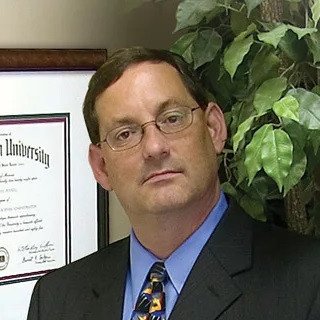 Although not born in Saint Louis, I’ve lived here for forty years, and consider myself a Saint Louisan. I’m a graduate of Washington University–Olin School of Business, and Saint Louis University – School of Law. And in case you, too, are a Saint Louisan, I graduated from Parkway Central Senior High School.

Unlike most of my contemporaries, I did not go directly to law school upon graduating from college. I spent five years as an Engineer Planner at McDonnell Douglas (now Boeing), managing multimillion-dollar engineering development programs for the United States military and its allies. Complying with the demanding requirements of government requests for proposals and contractual reporting more than prepared me for the rigors of the law. It helped me to hone the business sense to not merely identify potential problems/roadblocks, but to actually craft effective solutions, which is precisely how BUSINESS gets done.

I began my legal career as a trial attorney at sizable firms, including one of the oldest insurance defense firms in Saint Louis, as well as the local office of a large international firm out of Chicago. While there, I engaged in every aspect of litigation, from Pre-Trial Discovery and Dispositive Motion practice up to and including First Chair Jury Trials and Appellate Argument before the Missouri and Federal Courts of Appeal.

While initially a litigator, I have spent most of my twenty-five plus years practicing law representing businesses, large and small. Due to my business background, I deliberately transitioned to representing businesses, particularly in regard to employment and contractual matters. In so doing, I’ve assisted businesses from small start-ups to large regional enterprises and Fortune 500 companies including.

Through Martindale-Hubbell® Peer Review Rating™ my fellow lawyers have assigned me a 5.0 out of 5.0 AV Preeminent Rating – the highest rating available. After all, that is how BUSINESS gets done!

Q. Roofing contractor signs contract & accepts $9000 down payment for job. He uses money for himself
April 28, 2022
A: As always, Mr. Eisenberg is correct. A contract breach occurs when one party fails to perform (or whose performance deviates from) what was contracted. A common problem for contracting homeowners is the absence of required terms in the contract. To piggyback on Mr. Eisenberg’s example, even if the contract includes a May 1 completion date, under contract law the failure to meet that date isn’t necessarily a breach if the contract didn’t state that “time is of the essence.” Unless the amount is minimal, it’s always best to have such a contract reviewed by your attorney before signing. This question sounds like a question recently asked with more details which I already answered. If this is the same situation, I encourage you to refer to the more complete response previously given.

Q. I am a supervisor an employee has made two harassment issues against me both coming out false. Can I do anything
April 15, 2022
A: Nothing. Taking any action will look like retaliation on your part. Understand that anyone that keeps making unsubstantiated allegations will have little credibility. If it were me, I would ask for a sit down with a Manager in Human Resources. At the meeting, express concern about how best to handle this employee. Don’t express it as you did in your post here, but more along the lines “can HR offer any suggestions as to how best to handle discipline and conflict with the employee.” Explain that you are wanting to be fair to her but feel that you still have an obligation to do your job. While you might get some useful suggestions, it is at least as likely that you won’t. Either way you have conveyed to the powers that be that you are genuinely interested in following company policy and treating this person fairly. Should she assert anything further, you will already be ahead of it by working with HR in advance.

Q. Does an employer have the right to deny an employees doctor's note stating he should only work 1 Saturday per month?
April 11, 2022
A: Generally speaking, the terms of employment are between the parties and can be changed at anytime, and a doctor’s note need not be accepted by an employer. The exception is if the employer has enough employees to be covered by the ADA and the situation deals with a reasonable accommodation request. In order to assert such a right, you must formally seek a reasonable accommodation under the ADA. Just submitting a doctor’s note isn’t sufficient. Your doctor will have to complete specific documentation.