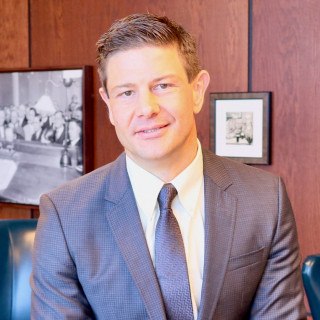 Rob became licensed to practice law in Illinois in 2009. He is a Fellow of the American Academy of Adoption Attorneys, one of only approximately 340 attorneys in the U.S. and Canada. According to their website, members are experts in the complexities of adoption law and the variety of interstate and international regulations surrounding adoption*, and must maintain their practice according to the highest standards of ethics, competence and professionalism. Rob is also a member of the Peoria County Bar Association, chairing and assisting in a number of committees; the American Bar Association; and a Barrister in the American Inns of Court. He is licensed in Federal Court as a CJA Panel Attorney, in which he is appointed by the court to work on complex criminal litigation involving multiple defendants. Rob has been recognized by Super Lawyers and Leading Lawyers. He is one of six Peoria attorneys in 2015 under age 40 to be named to both Super Lawyers’ and Leading Lawyers’ lists. The National Trial Lawyers named Rob to the Top 100 in Illinois. He also is a licensed DCFS Panel Attorney, which means he handles adoptions of children out of foster care and helps adoptive parents complete state monetary subsidies for those adoption placements. Rob has handled trials in both federal and state court, and appeals in the Third District Appellate Court. These cases have included many large divorces, contested adoptions, murder and methamphetamine manufacturing, and international child abduction under the Hague Convention, as well as a nursing home case that reportedly settled for the highest amount in Knox County. Before practicing law, Rob was born and raised in Peoria, where he attended Notre Dame High School. He received his bachelor degree at the University of Illinois in 2005 as a James Scholar, with a major in political science and minors in anthropology and philosophy. Law school followed at St. Louis University School of Law, where he was on the trial te