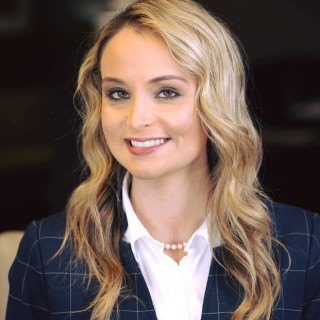 Savannah Steele is a native of Central Florida, growing up in the Space Coast. While in High School, Savannah began volunteering for the State Attorney’s Office in the 18th Judicial Circuit through their Prosecution Alternative for Youth Program where she was able to advocate for other teens in a juvenile diversion program. She has been dedicated to the practice of law ever since. She is a graduate of the Florida State University where she received a B.A. in Communications and a B.A. in Psychology. At Florida State, Savannah was well known and distinguished in her dedication to giving back to the local community through service.

She went on to graduate from the Paul M. Hebert Law Center at Louisiana State University earning her J.D. and a Graduate Diploma in Comparative Law, being trained in both the civil and common law. While in law school, Savannah served on the Student Bar Association for two years, as the Governor for the 13th District of the American Bar Association’s Law Student Division, and as the President of the Public Interest Law Society. She was awarded the Law Student Pro Bono award by the Louisiana State Bar Association, the Outstanding Clinical Student Award by the Clinical Legal Education Association, the Chancellor’s Scholar Award, the Chancellor’s Outstanding Pro Bono Service Award as well as three CALI awards for Academic Excellence.

Following graduation, Savannah moved to Atlanta and worked for a general practice litigation firm, where she specialized in family law practice. Savannah has served as an Emerging Leader for the American Bar Association and is now privileged to continue her service to the American Bar Association. In addition, Savannah serves at the District Justice for the 17th District of Phi Alpha Delta, Law Fraternity International, and in her role assists law students preparing to enter the practice of law. Savannah is very dedicated to obtaining positive results for her clients and their families.

Rising Star 2019
Super Lawyers
2019
Rising Stars is an exclusive list of top-rated attorneys in specific practice areas who were chosen after thorough evaluation of numerous criteria.