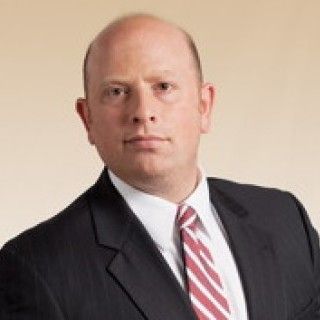 For over a decade Scott M. Weiss has practiced exclusively family law, assisting clients in divorce, child custody and support, spousal support, distribution of marital property, and post-judgment modifications. As a family law attorney, Mr. Weiss works diligently to serve his clients with compassion and sensitivity while vigorously protecting their rights. Mr. Weiss earned his Bachelor of Arts degree from Binghamton University in Binghamton, New York in 2002, and went on to pursue his law degree at Nova Southeastern University, graduating in 2005. He was admitted to the Florida Bar the same year. Partnering with Gary D. Weiner, he now provides family law services to clients throughout Broward and Palm Beach Counties in South Florida. Mr. Weiss is co-chair of the Family Law Committee of the South Palm Beach County Bar Association, and a member of the Florida Bar’s Family Law Section. Mr. Weiss is rated AV® Preeminent™ by Martindale-Hubbell®, the definitive guide to the most distinguished law firms and attorneys in America. In 2014, 2015, 2016 ,2017 and 2018, Mr. Weiss was selected as a Raising Star in the area of Family Law by Super Lawyers Magazine. Mr. Weiss also enjoys a 10 of 10 Superb Rating by the legal website AVVO. For 2015, 2016 and 2017 Mr. Weiss was chosen by The American Society of Legal Advocates as one of the Top 40 Lawyers Under 40 practicing Florida Family Law. Mr. Weiss was selected a Top 10 Family Law Attorney by Attorney and Practice Magazine.

Q. If a clerk of the court/staff liable for damages resulting from inaccurate account maintenance?
1 May 2019
A: If there was a mistake made by the clerk about the amount of child support owed, and you can clearly show that the clerk was in error, you can ask the Court to order the clerk to correct the child support ledger.

Q. Adult child (20) stuck between divorced parents suing and counter suing each other for child support payments.
6 December 2018
A: You, like any other citizen you are allowed to obtain the divorce paperwork. You can obtain all of the paperwork from the clerk of courts office.

Q. I lost my job back in April 2017 and I'm getting odd jobs here and there. I have not been able to make payments for over
5 December 2018
A: You need to pay everything you are capable of paying, you need to sell belongings to pay. You need to show the judge what efforts you have made to to get full time employment. The judge will want to see that you are making a real effort to find a job.