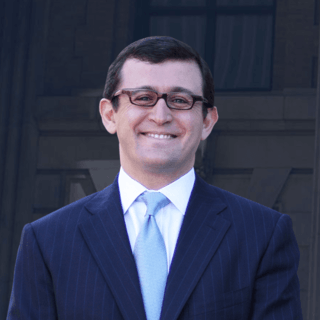 In more than a decade of practicing law, Sergei Lemberg has earned a reputation as a tough and tireless advocate with a passion for helping regular people fight for compensation they deserve. He stands up to carmakers, insurance companies, debt collection agencies, robocallers, and other big businesses. He has been recognized as the “most active consumer attorney” each year since 2010. Mr. Lemberg has been lead counsel in a number of class actions. He has been interviewed on consumer law issues by myriad media outlets, including FOX News, ABC News, MSN, the International Business Times, the Los Angeles Times, Newsweek, and Consumer Reports. Mr. Lemberg frequently speaks at industry events, including events held by PACE (Professional Association for Customer Engagement) and the National Conference on Consumer Finance (Class Actions and Litigation) held in January 2015 in New York.

Seize Your Power: How to Stop Debt Collectors NOW
Self-Published

Florida
The Florida Bar
Since 2021

Georgia
State Bar of Georgia
Since 2013

Pennsylvania
Disciplinary Board of the Supreme Court of Pennsylvania
ID Number: 317359
Since 2014