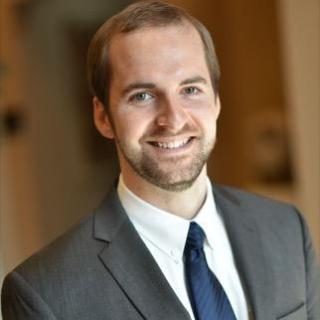 Prior to joining Nahon, Saharovich & Trotz, Mr. Guess was an attorney at an immigration law firm. He worked with clients who came from all across the world to achieve their goal of becoming lawful permanent residents and citizens. Believing that to whom much is given, much is required, he remains involved in the Memphis community. He is active in his church, participates in neighborhood association meetings, has been involved in several fundraising activities, and serves on the Board of Directors for Brethren Basketball, Inc., a nonprofit organization assisting the youth of Memphis. In his spare time, he enjoys spending time with his family, traveling, reading a wide variety of history, running, a cappella singing, and cheering on his hometown Memphis Tigers and Memphis Grizzlies.

Mr. Guess practices in the Automobile Accident Practice Group of Nahon, Saharovich & Trotz. He takes a hands-on approach with clients, guiding them through the often difficult maze of auto accident cases and insurance companies. Many injured victims are overwhelmed dealing with insurance companies at a time when they may feel vulnerable because of their injuries caused by someone else’s negligence. At the same time, they may be inconvenienced by being without a vehicle. Mr. Guess understands these difficulties and enjoys working with clients to maximize their recovery so that they can focus on recovering from their injuries instead of dealing with the hassle of the insurance claims process.

U.S. District Court for Western District of Tennessee
Since 2013