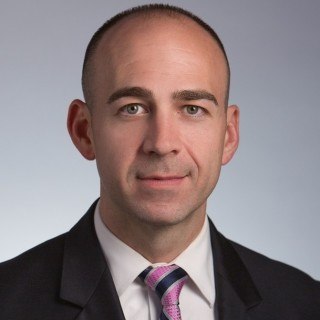 Shawn is the owner of The Head Law Firm, PLC. He is licensed to practice law in the State of Michigan, and the U.S. District Court for the Eastern District of Michigan. He represents individual and business clients throughout the Detroit Metro Area, including Livonia, Westland, Plymouth, Canton, Northville, Farmington Hills, West Bloomfield, Novi, Troy, and other surrounding areas.

Shawn has been repeatedly recognized as one of Metro Detroit’s Top Lawyers in the areas of criminal defense and commercial litigation by DBusiness Magazine. He has also been selected as a Rising Star by Michigan Super Lawyers every year since 2015.

Shawn graduated from Central Michigan University with a Bachelor of Science Degree in Sociology and Criminal Justice. While attending Central Michigan, Shawn was a member of Phi Sigma Phi National Fraternity, and he served as the Chapter President for two years. He then went on to law school where he graduated from the University of Detroit Mercy School of Law with a Juris Doctor Degree.

In addition to practicing law, Shawn enjoys traveling with his wife and two young children. Shawn is a formal National President of Phi Sigma Phi National Fraternity, Inc., and he presently serves as the fraternity's National Director of Crisis Management. He also serves on the Board of Trustees of The Phoenix Seven Foundation, a collegiate scholarship foundation. Shawn is a member of the State Bar of Michigan, the Michigan Association of OWI Attorneys, and the Livonia Bar Association.

Rising Star
Super Lawyers
2017
Only 2.5% of attorneys in Michigan under 40 are selected each year.

Rising Star
Super Lawyers
2016
Only 2.5% of Michigan attorneys under 40 are selected each year.

Rising Star
Super Lawyers
2015
Only 2.5% of Michigan attorneys under 40 are selected each year.