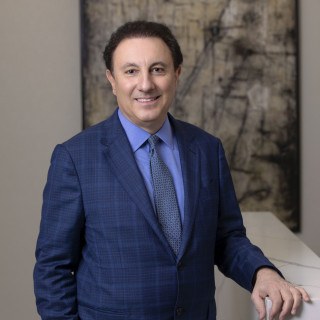 Tom Ajamie is an internationally-recognized trial lawyer who has successfully represented clients in complex commercial litigation and arbitration. The authoritative Chambers USA has described Tom as “relentless, energetic and intelligent” and a “hard-working and successful trial lawyer who never quits.” He has handled a number of high-profile cases, including groundbreaking securities and financial cases, cross-border litigation, business contract disputes and employment issues. Tom has won two of the largest awards ever handed down by an arbitration panel for investors, including a $429.5 million award. He has also won a record $112 million civil RICO jury verdict.

Tom is regularly invited to give legal analysis by news media outlets including ABC, CNN, CNBC, NPR and BBC, and his work has been featured in publications such as The Wall Street Journal, The New York Times and The American Lawyer. He is the co-author of the book Financial Serial Killers: Inside the World of Wall Street Money Hustlers, Swindlers, and Con Men. His work in exposing disgraced film producer Harvey Weinstein is featured in the instant New York Times bestseller She Said, by Jodi Kantor and Megan Twohey. His work on behalf of investors in the Bre-X gold scandal is featured in the book Fools’ Gold: the Making of a Global Market Fraud, by Brian Hutchinson.

The Ajamie Scholarship Fund was created by Tom as a way of promoting tolerance and equality among our youth. The Scholarship Fund offers university scholarships to students who display respect and support diversity initiatives in our society, without regard to race, religion, creed, skin color, national or ethnic origin, sex, age, disability or sexual orientation.

Victimized: When to Refer Your Client to an Attorney
Financial Planning Association of New York eNews
2012

Top 100 Lawyers You Need to Know in Securities Litigation
Lawdragon

College of the State Bar of Texas
Current

The Museum of Fine Arts, Houston and Boston
Patron
Current

Harry Markopolos is one of many to accuse GE of faulty accounting, says Ajamie LLP's Tom Ajamie

Trumps tweets can move money fast but would there be a consequence if it were someone else? Thomas Ajamie joins Velshi & Ruhle on MSNBC to explain.

Twitter is being sued by Americans who's families were victims of terrorism in Paris and Brussels for aiding and abetting terrorism. Thomas Ajamie, managing partner of Ajamie LLP weighs in on CNBC.

Over the past few decades Harvery Weinstein helped raise millions for AmFAR, the Foundation for AIDS Research. In 2016, they began to express concern over Harvey's behavior concerning a dispute about the proceeds of a charity auction. An amfAR special counsel hired lawyer Tom Ajamie to investigate. His findings revealed more than one could imagine.

Tom Ajamie speaks to a group at the Chautauqua Institution: Internationally recognized trial lawyer Thomas Ajamie has made a career of prying the shield of respectability from trusted bankers and financial advisers who are, in fact, corrupt. As Chautauqua Institution’s weekly theme transitioned from comedy to fear, Ajamie spoke on “Protecting Your Wealth From Financial Serial Killers.”

1MDB: Dissecting One Of The World's Biggest Financial Scandals

Tom Ajamie spoke at the 15th Annual OffshoreAlert North American Conference on Financial Intelligence & Investigations. This session discusses the extraordinary allegations of billion dollar fraud and corruption involving 1Malaysia Development Berhad, which is controlled by the Government of Malaysia and was set up ostensibly to facilitate long-term economic investment for the country through global partnerships and promoting foreign direct investment.