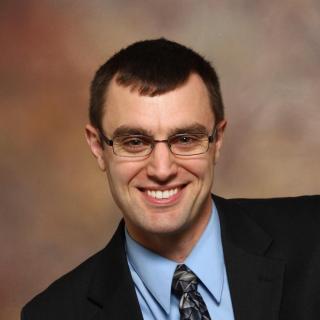 Wm Paul Slough resides in Gaylord with his wife, son, and two daughters. Paul grew up on a fourth generation dairy farm in Ellsworth, Michigan and graduated from East Jordan High School. He attended North Central Michigan College in Petoskey before graduating from Michigan State University. Paul received his bachelors of science in Mathematics from the Lyman Briggs School of Science, and later his law degree at Thomas M. Cooley Law School. Paul has worked as a law clerk for the 46th Circuit Trial Court in Gaylord. He has been has been in private practice since the fall of 2007. Paul is admitted to the State Bar of Michigan and may practice in all state courts, as well as the United States District Court for the Eastern and Western District of Michigan. Paul’s focus is on civil litigation, insurance defense, municipal law, and bankruptcy. He is a member of the National Association of Consumer Bankruptcy Attorneys and is a member of the Debtors Bar of West Michigan. Paul is also an officer in the local 46th Circuit Bar Association. Outside of his law practice, Paul is a member of the Kiwanis Club of Gaylord, and is a board member for the Otsego County Community Foundation.