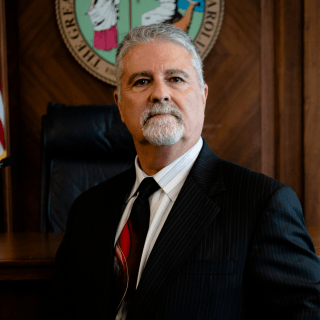 Dana Andrew LeJune was born in Beaumont, Texas in 1956 into a Cajun, rice sharecropping family. He graduated from French High School there in 1975. In 1976 he began his undergraduate studies at the University of Texas at Austin, and received his B.A. in History three years later. He taught Government and History at French High School through May, 1979, when he began law school.

Mr. LeJune attended South Texas College of Law and graduated with a J.D. in December, 1982, after having published a maritime law article in the August, 1982 South Texas Law Journal. He took the February, 1983 Texas Bar Exam, and was licensed to practice law in Texas in May, 1983. After working for a small civil litigation firm for a short period of time, he began the solo practice of law in late 1983. From 1994 - March, 2003, Mr. LeJune partnered with Jeffrey R. Singer, a Baylor Law Graduate, in the firm, LEJUNE & SINGER. Late in the partnership tenure, Mr. Singer moved to Richmond, Texas, and opened his own office in Sugar Land, Texas. Monsieurs LeJune and Singer continue to associate on cases, and remain good friends.

Board Certified - Civil Trial
Texas Board of Legal Specialization
2018