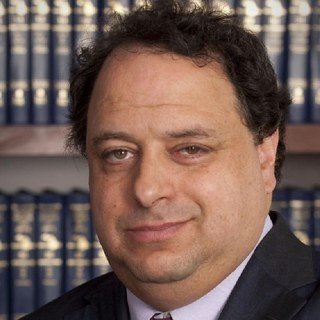 David Nacht has tried over 2 dozen cases with his most recent victory in the spring of 2013 in federal court. His last civil jury award was in June 2012 in Muskegon County, Michigan in the case of Crosby v. Michigan Department of Corrections where he obtained a judgment of $390,000.

Mr. Nacht, the firm founder, holds degrees from Harvard College ('87) and The University of Michigan Law School ('92), where he served as an editor of the Law Review. Mr. Nacht is AV rated by Martindale Hubbell, the highest rating for lawyers by lawyers, has been named a "Million Dollar Advocate" and also has been named to the 2011, 2012, 2013 and 2014 edition of Michigan Super Lawyers. Each year, no more than 5 percent of the lawyers in the state receive this honor. Mr. Nacht is also AV Rated by Martindale Hubbell. Prior to attending law school, Mr. Nacht served as a staff member to former U.S. Senator John Glenn on the Senate Governmental Affairs Committee, where he organized committee hearings and assisted the Senator in negotiating the passage of multiple pieces of legislation.

Mr. Nacht has published articles on employment law, criminal law and a book chapter on ethics in government. He often speaks on legal issues, and has appeared on several occasions as a guest lecturer at the University of Michigan Law School and spoken to professional associations.

http://www.nachtlaw.com 888-312-7173. Whether you are seeking sound legal advice and representation for employment rights or a civil rights violation, or prudent solutions for your Michigan business, our experienced Ann...

Representation for Executives - The attorneys of NachtLaw can assist you as you figure out how to approach a pivotal employment matter, whether it is the negotiation of an employment contract or full-blown litigation.

Title IX - For over 20 years David Nacht has been representing university and college professors, students and staff members who have been accused of violating the code of conduct. Being found responsible for violating your college or university’s code of conduct can result in serious repercussions that can affect your personal and professional life for years. Take action now and call NachtLaw for help.

Business Partnership Disputes - Have you found yourself in the middle of a contract dispute? Let our experienced business litigation attorneys assess your case and vigorously advocate for your interests.

Age Discrimination in the Workplace

Workplace Age Discrimination - Federal age discrimination law protects employees who are aged 40 and over from being fired, demoted, denied a job promotion or otherwise discriminated against in the workplace on the basis of their age.

Severance Negotiations -As an employee accepting a severance package, it is important to truly understand the terms of the severance agreement. Before you sign away your rights, make sure that you fully understand your options.

Non-Compete Contracts - Signing a non-compete can greatly limit your prospects when you and your employer part ways. You should seek proper advice if you are preparing to sign any employment contract — or if you anticipate trouble with a contract you already signed.

Criminal Defense - At Nacht Law, we get results: dismissals, not guilty verdicts, sentencing guideline departures. When we get involved early, we get results early, sometimes shutting down the investigation before the prosecutor makes a formal charge.