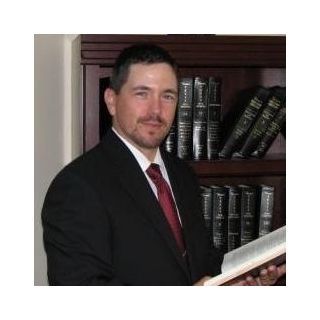 Mr. Brashear's legal career began with a tour aboard the U.S.S. Philippine Sea (CG58). While aboard this U.S. Naval vessel, he defended the United States while visiting and taking in the cultural values of many other countries such as Poland, Lithuania, Sweden, Germany, Spain, Italy and Greece. After completing his tour aboard U.S.S. Philippine Sea (CG58), Mr. Brashear had the pleasure of working with the Navy Legal Service Office Southeast Jacksonville, Florida; where he processed claim under the Federal Tort Claims Act. While in Jacksonville, he was also stationed with the Trial Service Office Southeast where he was an elite member of their prosecution team. This prosecution team handled a myriad of cases including murder, rape, drug related crimes, embezzlement, other various felonies and misdemeanors. Mr. Brashear went on to also serve three years with the criminal defense and legal assistance teams at Naval Legal Service Office Central in Gulfport, Mississippi. While stationed in Gulfport, Mr. Brashear handled a wide variety of matters to include but not limited to: criminal defense, general civil matters, estate planning, will drafting, constitutional law issues, contract drafting, and personal injury matters. Mr. Brashear was raised on the west side of Houston, Texas and graduated from Katy High School where he was an exceptional athlete. Since his tour in the United States Navy and completing his education, Mr. Brashear has moved back to the area and began a private practice. When Jeffrey is not working hard for his clients, you might find him out on a baseball field with his children, playing his guitar, or even fishing in Galveston Bay. Mr. Brashear is currently licensed to practice law by the Supreme Court of Texas. He is a member in good standing with the American Bar Association, The State Bar of Texas, The Texas Young Lawyers Association, The Houston Bar Association, The Houston Young Lawyers Association, and the National Associat

Paying Too Much Interest? You May Qualify for a Reduced Rate
January, 2003

What Everyone Should Know About Criminal Interrogations
January, 2003

Explanation of Power of Attorney
November, 2002