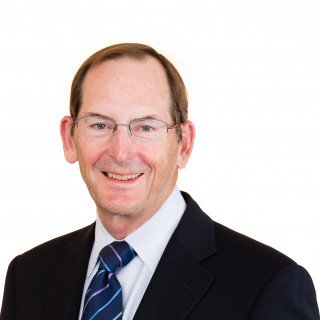 Born in Philadelphia and raised in Des Moines, Iowa, Bill Holt moved gradually westward—with a 7-year stop in Iowa City to pick up his undergraduate and law degrees—until he got to Tacoma in 1970. He has lived and worked here in the Northwest ever since, joining GTH in 1971 after clerking for Judge William T. Beeks in the U.S. District Court, Western District of Washington.

His primary areas of practice include the purchase and sale of businesses and large commercial real estate projects, as well as intellectual property law, privacy and publicity law, public records law, and finance.

Who's Who in America
International Who's Who